India’s Gives Rs 20 lakh crore COVID relief package one among the largest in the world. 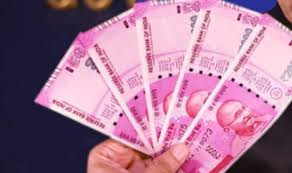 NEW DELHI: The mega Rs 20 lakh crore stimulus package for a fight from COVID-19 announced on Tuesday by PM Modi includes previously announced measures to save the lock down-battered economy, and focuses on tax breaks for small businesses or small businessman as well as incentives for domestic manufacturing. The combined package works out to roughly 10 percent of our GDP, making it among the most substantial in the whole world after the financial packages announced by the United States, which is 13 percent of this GDP.

The Rs 20 lakh crore package includes Rs 1.7 lakh crore of free food grains to poor and cash to poor women and elderly, announced in March, as well as the Reserve Bank’s liquidity measures and interest rate cuts. While the March stimulus was 0.8 percent of total GDP, RBI’s cut in interest rates and liquidity boosting measures totaled to 3.2 percent of the GDP (about Rs 6.5 lakh crore).”A special economic package is being announced to make India self-reliant,” PM Modi said in his third address to the nation over COVID-19 pandemic. “This package, taken together with earlier announcements by the government during COVID crisis and decisions taken by RBI, is to the tune of Rs 20 lakh crore, which is equivalent to almost 10 percent of India’s total GDP.”The package, he said, will focus on land, labor, cottage industry, MSMEs, laborers, middle class, laws, and industries.

PM Modi said that a self-reliant India will stand on five pillars viz economy, which brings in quantum jump and not incremental change; infrastructure, which should become the identity of India; technology-driven system.

The total GDP Rs 1.70 lakh crore Pradhan Mantri Garib Kalyan Package (PMGKP), the government announced free wheat or rice plus pulses to poor as well as a cash payment to women and poor senior citizens and farmers over a period of three months till June 2020.

According to the latest government data, a total Rs 34,800 crore financial assistance using digital payment infrastructure was provided to about 39 crore beneficiaries and Under the Pradhan Mantri Garib Kalyan Ann Yojana 67.65 lakh MT.

Prime Minister Narendra Modi did not share details, FM Nirmala Sitharaman will say about details for each sector.